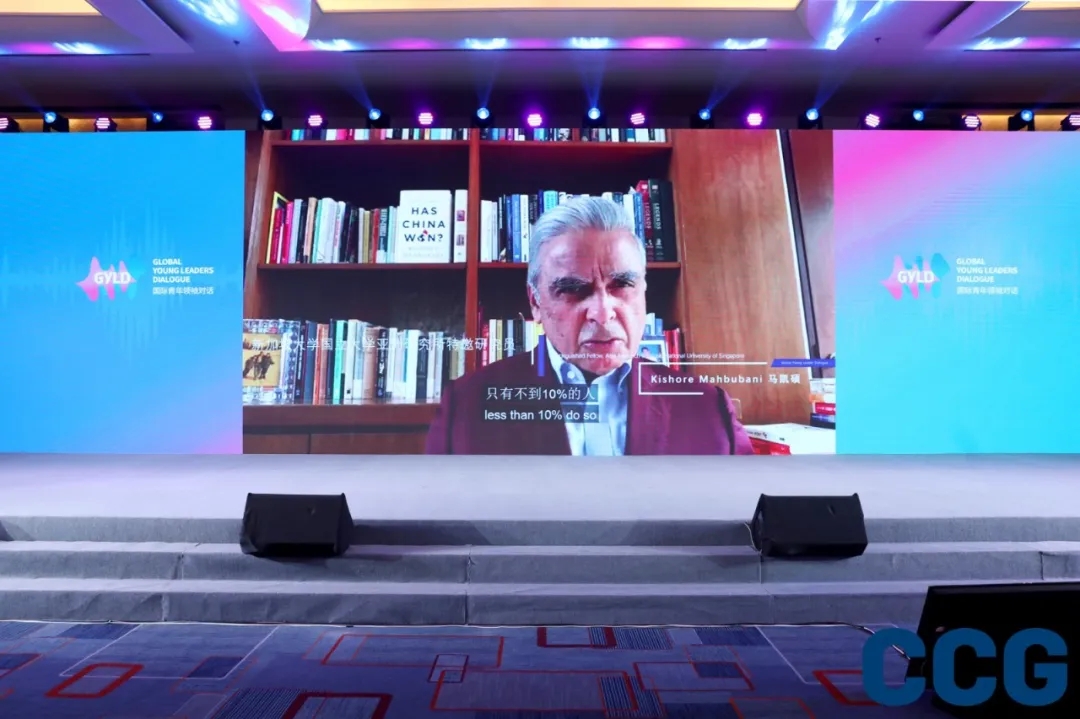 On December 15, 2020, Kishore Mahbubani, Singapore’s former ambassador to the United Nations spoke at the launch of the Global Young Leaders Dialogue (GYLD) Program. The following is an abridged transcript of the speech, which has been edited for length and clarity.

Hello, my name is Kishore Mahbubani. I’m a distinguished fellow at the Asia Research Institute, National University of Singapore, and a former ambassador to the United Nations. It’s my great pleasure to deliver a message to the global young leaders program on the subject of poverty reduction, multilateral cooperation, and international trade. Poverty reduction, it’s actually quite amazing how successful humanity has been in reducing poverty. 200 years ago over 90% the world’s population used to live in extreme poverty. Today less than 10% do so. Why is that so? The answer is that poverty has been reduced because of international trade.

Let me give you three examples. In China in 1992, China’s total trade was hundred and sixty six billion dollars. And the percentage living in absolute poverty was 56.7%. But by 2018, China’s total trade has risen to $4.6 trillion. And nearly 28 times increase and its poverty came down to less than 0.5%. Similarly, Vietnam in 1992, its total trade came to US $5.1 billion. And the percentage of population living below poverty still at 52%.

The data is clear. Indeed, the former secretary general UN Koffi Annan has said, trade is better than aid, if you want to reduce poverty. But the next question is, how did we see such a massive increase in international trade? And the simple answer is that in 1945, the after World War Two, the world created a wonderful rules-base order based on the family of United Nations institutions. And indeed, the World Trade Organization is part of the UN family of institutions.

To any young person was to ask my advice on how we can create a better world. I would say that you don’t have to reinvent the wheel at all. Just go back to the 1945 UN institutions and make them stronger. Indeed, when I was ambassador to the UN, I always said that the UN charter that was publishing or created in 1945. It’s a truly beautiful document. And all young people should read this document to understand how wonderfully the United Nations was created, and what sound principles it has?

Sadly, many western countries, especially the United States, have turned against the United Nations.