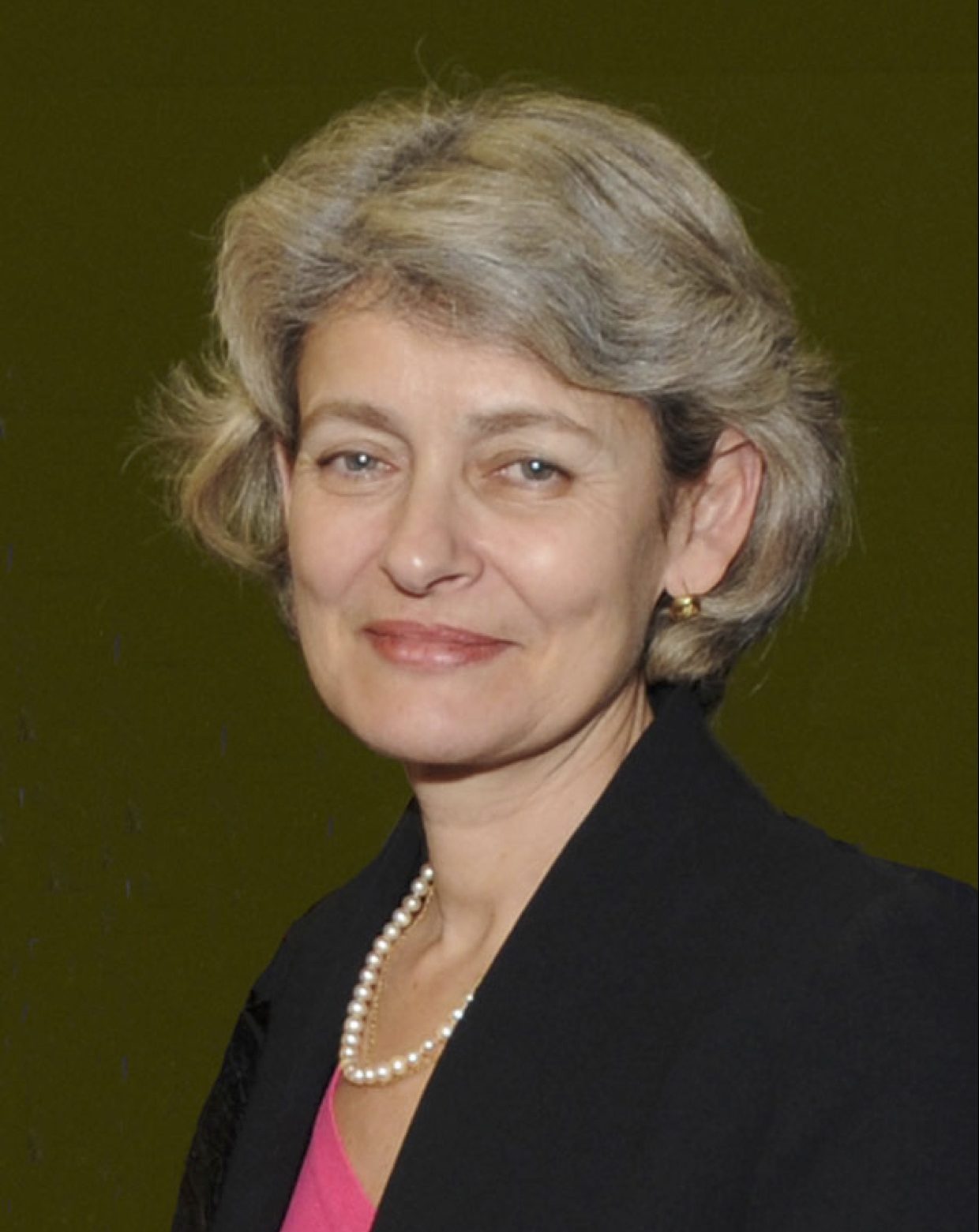 Irina Bokova, born in Sofia (Bulgaria), has been two terms the Director-General of UNESCO from 2009 to 2O17. She is the first woman to lead the Organisation.

Having graduated from Moscow State Institute of International Relations, Irina Bokova was a Fellow at the University of Maryland, Washington, and followed an executive program at the John F. Kennedy School of Government at Harvard University.

Before being elected as Director General of UNESCO, from 2005 to 2009 Irina Bokova was Ambassador of Bulgaria to France, Monaco and UNESCO and Personal Representative of the President of the Republic of Bulgaria to the Organisation Internationale de la Francophonie(OIF).

As Director-General of UNESCO, Irina Bokova was actively engaged in the UN efforts to adopt Agenda 2030 for Sustainable Development, focusing on quality education, gender equality, the protection of the world’s cultural heritage and the role of culture for sustainable development.

Irina Bokova has been particularly active in the defence of cultural heritage against its deliberate destruction by extremists which lead to the adoption in 2017 of the landmark UN Security Council Resolution 2347.

Irina Bokova was on the Forbes List of the world’s most influential women for 2016. In 2020 she was elected International Honorary Member of the American Academy of Arts and Sciences.