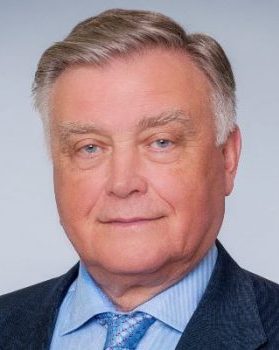 Vladimir Ivanovich Yakunin is a Russian public figure and academic. Currently, he serves as the Head of the State Policy Department at Lomonosov Moscow State University and as a Visiting Professor at Peking University. In Russia, he also leads a number of public, philanthropic, social and educational initiatives.

In 2005 – 2015, Dr. Yakunin acted as president of Russian Railways. Landmark projects implemented under his leadership included high-speed railway lines, the transport infrastructure for the 2014 Sochi Olympics, and international transport corridors. During this period, Dr. Yakunin was elected as Chairman of the International Union of Railways (UIC).

In 2003 Dr. Yakunin co-founded World Public Forum Dialogue of Civilizations as a strong supporter of the Dialogue of Civilizations concept because of his long-standing interest in social sciences and international affairs. He believes that this paradigm can bring together diverse perspectives from the developed and the developing states in a non-confrontational, equal, inclusive and collaborative way. Dr. Yakunin was also the founder of the Rhodes Forum, an annual gathering of leaders from the business, academic, diplomatic, social, and political communities, including current and former heads of state and government, to discuss crucial issues of world development.