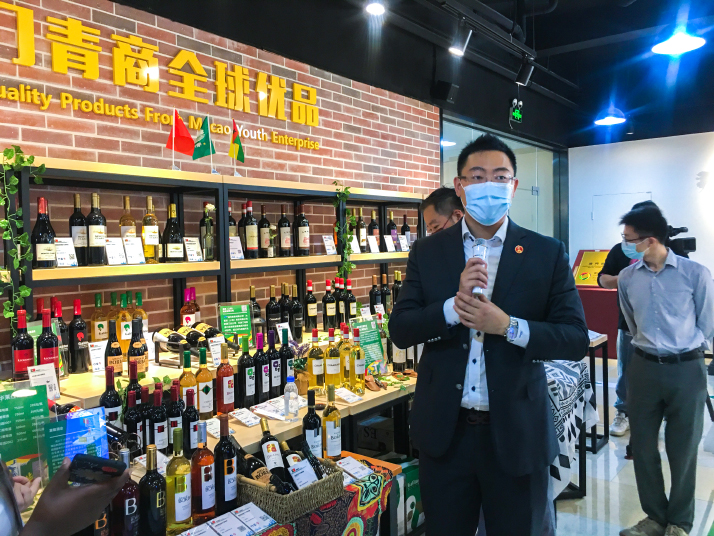 From a small apartment to a full house. Hong Kong entrepreneur Kenny Tam highlighted the change in his life with this one sentence when speaking about the benefits reaped from the Guangdong-Hong Kong-Macao Greater Bay Area (GBA) initiative.

“Given the skyrocketing prices in Hong Kong, I could afford to rent an apartment of merely 200 square feet (18 square meters) years ago. Today, I live in a house in Guangzhou for almost the same amount of rent,” Tam said.

While more comfortable housing is a factor that beckons young people from Hong Kong and Macao to GBA cities on the mainland, a more important consideration is professional pursuit. Greater regional integration and favorable government policies create more and better opportunities there, and they work hard to seize them.

Tam was active in the information technology (IT) sector for more than 10 years in Hong Kong before setting up his own business on the mainland. Inspired by the swiftly changing IT landscape including mobile payment solutions and the digital sharing economy, he decided to cash in on the emerging opportunities.

In November 2018, Tam started a company in Guangzhou, capital of Guangdong Province. The company, based in a commercial hub designed to host Hong Kong and Macao startups in Nansha District, has developed a smart wine-vending machine. With the machine, people can purchase a glass of wine by scanning a QR code. If deemed worthy of their taste buds, they can also buy a whole bottle.

The smart cabinet can hold 45 bottles of wine. After a bottle is opened, the flavor of wine in it remains intact for 15 days thanks to a technology limiting oxygen exposure. In addition, an artificial intelligence system can keep record of user preferences.

The machine is available across cinemas and tourist destinations in Guangzhou. Tam and his team now focus on making it more cost-efficient and forging partnerships with leading hotels. “Our survey shows huge market potential, with a demand for 20,000 to 30,000 machines nationwide,” Tam said.

The local government provided housing allowances and assisted the company in its fundraising efforts—moves that Tam said helped his team develop the machine in about six months, much shorter than the time it would have taken to launch a similar product in Hong Kong.

Nansha is located in the geographic center of the GBA, with Hong Kong and Macao special administrative regions (SARs) as well as the other eight mainland GBA cities less than 100 km away. It takes only 48 minutes to travel from Guangzhou to Hong Kong by high-speed train and, in addition, there is a large sea port for international shipping.

This favorable location also reeled Kiven Yang from Macao into the cross-border e-commerce business in Nansha, to head the Guangzhou division of Easy Share Technology Network Co. Ltd., a company started by his friends. Yang joined the company in 2018, at the age of 30, after quitting his nine-to-five job at a bank in Macao.

“The reason why I left a stable job is that I wanted to meet new challenges and live life to the fullest,” he said.

Easy Share strives to differentiate itself from its numerous peers in the industry through an emphasis on trading authentic products and the use of the renminbi in cross-border transactions.

Given its cross-cultural background and its residents’ experience in communicating with foreign companies, especially those in the Portuguese-speaking world, Macao is in a position to bridge the mainland with the rest of the world, Yang said.

The division that Yang heads has a staff of 30. “Although it is not a big company, we have a long-term vision: We would like to live up to our social responsibilities as young people and contribute to national strategies such as the GBA,” he said.

The company also has subsidiaries in other places, including Zhuhai, another GBA city, and Chongqing, a municipality in southwest China.

With a population of more than 80 million, the GBA covers an area of 56,000 square km, about three times that of the San Francisco Bay Area. Guangdong, Hong Kong and Macao signed a framework agreement on the development of the GBA in July 2017, pledging joint efforts to turn the bay area into a more dynamic economic zone ideal for living, doing business and traveling.

Hong Kong’s younger generations should reach out to customers and supplies on the mainland if they want their businesses to succeed, Tam said. By doing so, they can familiarize themselves with the real world of business, he said.

The GBA is a test field for young entrepreneurs from Hong Kong and Macao, said Charles Lau, Enterprise Preparation Commissioner with the Industrial Park Development Authority of Guangzhou Nansha New Area. Apart from the mainland, they should keep in the back of their minds the international market, as the GBA intends to become an area that conducts itself right on par with the San Francisco Bay Area and the Tokyo Bay Area in terms of economic prosperity and business climate, Lau, a Macao resident, said.

As a major measure to boost employment, the Hong Kong SAR Government launched the GBA Youth Employment Scheme in January, under which employers would receive a monthly subsidy of HK$10,000 ($1,288) for each graduate employed, for up to 18 months. The scheme encourages companies operating in Hong Kong and mainland cities in the GBA to recruit university graduates from Hong Kong to work on the mainland.

As of April 30, 321 enterprises had provided 2,394 vacancies, higher than the planned 2,000. Among these jobs, 1,267 were related to innovation and technology, nearly double the original estimate.

Carrie Lam, Chief Executive of Hong Kong SAR, said it is a good option for Hong Kong youngsters to go and live on the mainland, make friends there and pursue their careers in GBA cities.

Eric Kuo, a Hong Kong resident who runs a smart luggage case company in Qianhai, Shenzhen, said many policies in the area are tailored to meet the needs of young entrepreneurs from Hong Kong and Macao. Entrepreneurs can turn their ideas developed in Hong Kong into a reality in Shenzhen as the tech hub boasts a strong design and manufacturing capacity, where they can also launch their products onto the global market, he said.

Starting a business and leading it to thrive are no easy feat anywhere. As the pandemic continues to affect life and business, the pressures are mounting for international trade firms. “We must face up to the challenges and be ready to solve any problems that may crop up,” Yang said.

“I am confident that the GBA will become the largest bay area economy in the world as quality capital, information, logistics and human resources gather here,” he added.

After graduating from university in 2004, he joined Beijing Review and has long been engaged in external communication.