【GYLD Talk】Erik Nilsson: China’s poverty alleviation is not just a Chinese story, but a human story 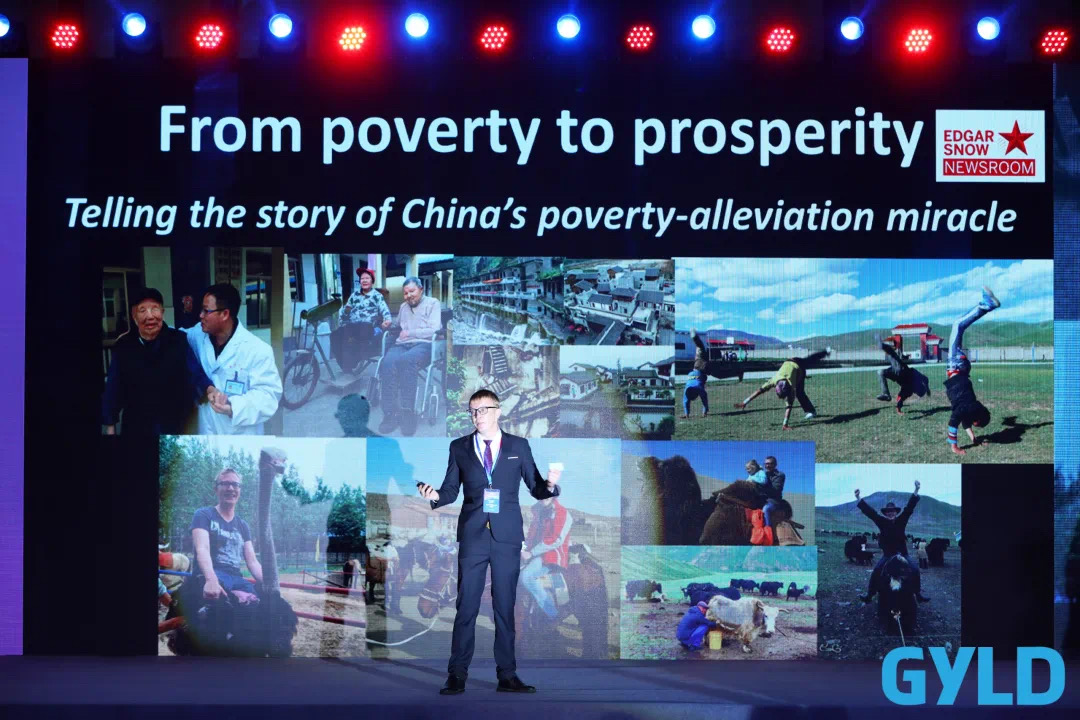 Erik Nilsson, Senior Editor of China Daily, delivered a speech at the GYLD Talk during the forum. The following is an abridged transcript of the speech, which has been edited for clarity.

War, famine, poverty, infant mortality, illiteracy, crime. Imagine every form of human vulnerability and tragedy. And then realize there has never been a better time to be alive. All these horrors are exerting the least amount of influence over humankind compared to any point in history. Across metrics, across our planet, life has on average been getting better and doing so faster than most of us could have anticipated even just a few years ago. And arguably more than most of us realize today.

In China, the government has contributed much to this progress. China has lifted nearly 800 million people out of poverty since the start of Reform and Opening up. I have spent the past 15 years traveling to every province on the Chinese mainland, to often remote and isolated communities in the country’s deserts, forests, mountains and tundra to truly understand how China has achieved such miraculous development and poverty alleviation – the scale, scope, and speed of which is unprecedented in human history.

This has brought me to leprosy villages, disaster zones and break-dancing yak herders. That is while discovering the country, while riding ostriches, horses’ camels and yaks. Indeed, when I first arrived in China 15 years ago, I never imagined that I would end up by riding, milking, and getting kicked by yaks – let alone harvesting their dung with my bare hands, which is used for fuel on the frosty Qinghai-Tibet Plateau. I’ve collected these first-hand accounts in my new best-selling bilingual nonfiction adventure book Closer to Heaven, a global nomad’s journey through China’s poverty alleviation, or on Chinese ‘taiyang shengqi, meiguo xiaoge jianzheng zhongguo fupin qiji’.

I start in the Wenchuan quake, soon which I visited 15 times before heading to the Yushu quake zone where I founded a volunteer initiative a decade ago. We started by installing solar panels in schools without electricity and from there went on to provide computers, libraries, clothes, food, medicine, surgery, and scholarships. From there, I visit nomads, who are raising EMU (Environment, Health and Safety Unit) in Inner Mongolia, and pineapple fields on the Tibetan Tundra. What’s more, I drove a drone in China’s Hollywood for live streamers, and much more.

It is acknowledged that there are many challenges to telling China’s story – as I pointed out during a recent China Daily Vision, China event where we announced the establishment of the Edgar Snow newsroom – of which I’m proud to be a member.

It aims to tell the true story of China to the world. I am honored for these opportunities to work alongside Chinese and foreign colleagues to develop such innovative ways to help the world better understand Chinese realities, including its poverty alleviation miracle.

【GYLD Talk】Tatiana Prazeres: the World needs a sustainable economic recovery, and the BRI can catalyze